Since I'm no inventor... 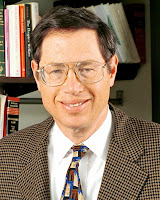 ...why reinvent the wheel?

Unfortunately, Title IX has been twisted beyond recognition by administrative rulings that now require colleges to strike a proportionate balance between women's and men's participation in intercollegiate sports, wholly without regard to student demand. There are only two ways in which this hopeless search for perfection can be maintained in strict accordance with the law. The first is to expand the number of women who engage in intercollegiate sports until, on a percentage basis, they roughly approximate the number of men. The second is to cut back on the number of eligible men until the participation rate is as low for men as it is for women.

Both strategies come with huge costs. The only way to boost the number of women in intercollegiate sports is through massive efforts to induce reluctant women to participate. That approach requires expensive recruitment and substantial scholarships. At the margin, thousands of additional dollars are poured into persuading one more woman to join a team. Those same dollars could easily fund a dozen or more men who are so eager to participate. Right now there are no men’s swimming teams at many major colleges. The number of college wrestling teams has been cut in half over the past 30 or so years. And earlier this week, the New York Times reported that the University of Delaware plans to cut its men’s varsity track team in order to comply with Title IX, even before it had fallen out of compliance with the statute. Does anyone think that these steps were taken for a want of student demand or college funds for these activities? No. It is the Title IX scythe that cuts out these opportunities.
Posted by Button at 7:25 PM