It just won't go away!

That's what folks on the hot seat are saying about the automatic relay take-off judging issue. Due to system failures at high school and college meets, coaches are proposing rule changes at both levels.

Now, Swimming World is polling readers on the topic.

Should relay takeoff pads be the main judge in deciding if a relay team should be disqualified for an early takeoff?

Vote here. Thanks for the heads up, DJA.

It certainly is frustrating to think we need to vote for common sense. Catch up here. Still, at least we're allowed to vote... 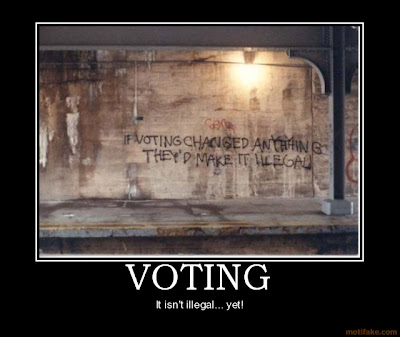 South Carolina columnist Ron Morris shared some of his suggestions on improving college sports. Read more here. One was to reduce football scholarship limits from 85 to 65.

Take those 20 scholarships and spread them around other sports. Athletics departments could better adhere to Title IX regulations with the extra scholarships. Or, perhaps, a sport such as baseball could receive a more-reasonable 20 scholarships rather than the 11.7 currently allowed.

That's not likely to happen. Even if it did, how often does money "saved" by trimming men's sports budgets (or eliminating programs) translate into increases for women?

In 1974, U.S. Senator John Tower proposed an amendment to exempt "revenue generating" sports from Title IX. The amendment was defeated, but Tower was on to something.

Football should be eliminated from Title IX compliance.

It's been proposed as a way to keep proportionality from eroding men's opportunities. It would be great, but I just don't see it happening. Better still, how about increasing opportunities for both men and women? Wouldn't that eliminate the "need" for a quota system?

Dave Reardon of Honolulu points writes about the WAC Track & Field championships being hosted by the University of Hawaii. The school dropped their men's program in the 70's. Read more here.

UH men's track and field was axed as an intercollegiate sport in the mid-'70s. The way things are now there's no way it can return. Even Herman Frazier, an Olympic sprinter, realized that when he was athletic director; he wanted a men's track revival, but realized it impossible to do and still be in compliance with Title IX.

Jaques, heading to the University of Texas, won the 200-yard individual medley (1:59.19) and 100 breaststroke (1:01.01) to go with her two relay titles. She capped a career in which she went 8 for 8 in CIF finals races and cemented her status as arguably the finest prep swimmer in area history.

Jaques finished her CIF career with three division records as well, having won the 50- and 100-yard freestyles as a freshman and sophomore. Her winning 50 free time of 22.80 set in 2009 still is the meet record.

Keeping up with the Charlotte UltraSwim Grand Prix?

High school track has gone to a wild card system to fill that extra lane at their state meet. Read more here.

Brace yourselves, folks - we have a men's swimming ADD!

Upon joining the conference, Chapman will have up to three years to add intercollegiate programs in men’s track and field, men’s swimming and diving, and women’s lacrosse. Chapman will also be expected to add women’s golf by the 2015-16 academic year.

Time for an old Boston tune.

Hey Button - I've seen conflicting dates on Sectionals - any idea when it really is?

sorry, but i don't see the change. usa site still has it july 26-30, as does senior circuit. conroe isd nat site still has it on their calendar for that last week of july as well. what other date(s) are being mentioned? is there another site involved? is bay city hosting instead?