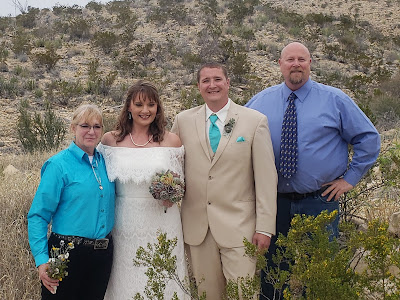 Went down to the Big Bend for a few days.  Leon got married! 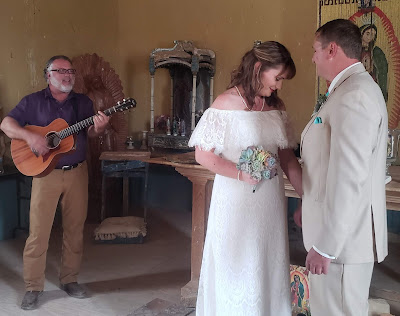 Ceremony was in the St. Agnes Church in Terlingua.  More info here

Pretty cool - barn swallows flew around and sang along.

We took over about half the Starlight Theatre for the reception.  Menu included chicken-fried antelope. 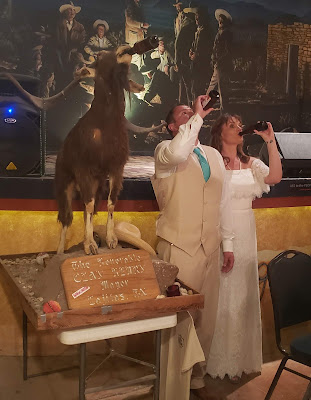 Bride and groom had a drink with The Honorable Clay Henry, former mayor of Lajitas.

I never actually witnessed Clay Henry “drink” a beer. I did see him slam them, guzzle them and ferociously ingest them at a rate capable of incapacitating a full-grown man in minutes. To see it in person was nothing short of incredible. 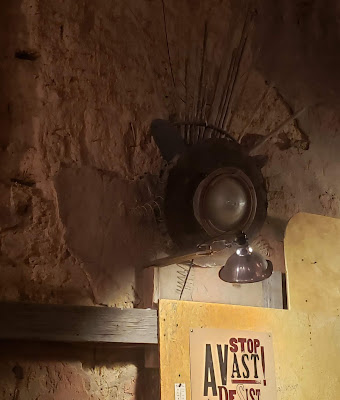 Above is a not-so-great picture of some "artwork" at the Starlight.

It didn't have a title, but I'd have called it "Cyclops of the Public Cement Pond" as it was an underwater pool light with a bunch of other crap stuck to it.