Would USA Swimming ever use... 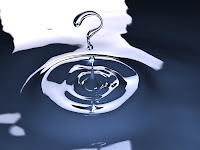 ...the NCAA/PSU model for penalizing a club program?

Penn State University football has forfeited wins, been banned from the post season, agreed to pay a steep fine, been slapped with recruiting restrictions, and their players have become (to use the pro sports term) unrestricted free agents.

If a USA Swimming club program covered up abuse by one of its coaches, could/would USA Swimming take similar steps to penalize a team?

Could/would USA Swimming allow transfers from an offending swim club to be immediately eligible to swim for another club?

Catch up on swimming's latest black eye here.
Posted by Button at 4:15 PM