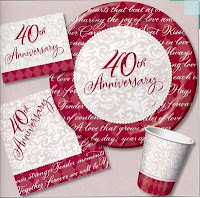 No, not the Rangers' 40th anniversary.  Remember Title IX?

While most recent pieces on Title IX have touted progress for women in athletics, few have mentioned the decline in men's sports.

Doug Robinson points out the unintended consequences of proportionality here.

Universities have been running scared ever since and become remarkably creative in the process. They've scrambled to even up the numbers because a) football has 100 or so players on the roster and there isn't a women's football team, and b) there isn't as much interest in athletics among females.

Hundreds of men's programs have been cut to even the percentages of women vs. men in participation. According to one report, between 1981 and 1999, universities eliminated 171 men's wrestling teams, 84 men's tennis teams, 56 men's gymnastics teams, 27 men's track teams and 25 men's swimming teams. For every female athlete gained, 3.6 men were lost.

Ready for the more frightening news?  Radicals spouting off on Title IX continue to tell the world "We still have a long way to go!"

I guess they won't be happy until they've wiped out a few hundred more men's programs...
Posted by Button at 6:22 AM

Button, thanks for continuing to publicize this issue.