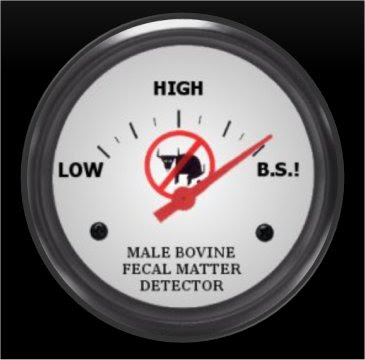 Since we're in a presidential election year, we've been subjected to a high volume of b.s. in the media, right?  Throw the 40th anniversary of Title IX in with that, and we're being buried by it.

Girls never benefit at the expense of boys. When girls do well, so do boys and vice versa.

Second, courts have repeatedly held that Title IX is not a quota for the same reason that providing for all members of a family isn’t a quota.

For example, our son was born five years ahead of our twin daughters. Prior to their arrival, he was the center of our universe and, naturally, enjoyed a high standard of living.

When his sisters were born, he got less of the family resources (particularly our time.) Yet he is not a victim of “reverse discrimination” or affirmative action. Instead, he must share the family budget.
Similarly, schools sometimes cannot increase the size of their athletic department budgets yet must still provide equally for their male and female students.

It is, after all, a fact that boys take advantage of athletic opportunities at higher rates than girls.

I actually agree that "When girls do well, so do boys and vice versa."  What I can't understand is why so many Title IX activists like Hogshead-Makar have no problem with schools scrapping men's swimming squads, leaving the women to struggle with half a program!

Don't believe me on that one?  The numbers are here.  No women-only teams finished in the top 25 at the 2012 NCAA Division-I championships.

Using her family as an example for sharing resources really set off the old b.s. detector.  Rather than spread the resources equally, athletic departments typically dump men's sports and eliminate all funding for them.  Surely Nancy didn't kick her son out of the house the day she brought the girls home...

Title IX has devolved into a quota system.  Nancy makes a great living using proportionality to help wipe out men's athletics programs.  I guess she's trying to take advantage of the fact that the general public still doesn't get it.

In summary, Nancy Hogshead-Makar sure can fit a whole lotta lies in a little space.

Kind of like squeezing ten pounds of you-know-what into a five pound bag...
Posted by Button at 6:54 AM

Wait a minute!!! Schools are now allowed to use the surveys??? I thought that the NCAA told the membership that the surveys were out? To drive the point further the Dept of Education under Secretary Duncan also told colleges and universities that the surveys are out. How come Nancy failed to mention that fact?

instead, she loaded up her letter with b.s.