...shouldn't we give the swimmer the benefit of the doubt?


via The Daily What

If you're a long-time reader of this site - there must be at least a couple of you, right? - you know my beef with Bait Camp has a lot to do with the pool "renovation" project that was an absolute disaster.

Things worked out for us - we escaped.

Unfortunately, city leaders have continued to squander tax dollars. The pool was just one of several mismanaged projects. It looks like folks have finally had enough.

The "consultant" they hired to oversee these projects has finally been canned. Read more here.

A city contractor who directed several major public works projects was fired by city council in a unanimous vote at its regular meeting Thursday night.

The termination of Jerry Naiser’s contract — placed on the agenda by Mayor Mark Bricker — was made by a motion from councilman Clarence Fenner and seconded by council member Patti McKelvy.

The unanimous vote came swiftly and without further comment from council members.

A local activist named Eric Schroeder had been a real thorn in the side of the former mayor and city council members. Turns out, he was right to question their dirty dealings! Here's his letter to the editor from today's issue of The Tribune:

Most people in Bay City know that Nile Valley Rd. has been closed because the road is unsafe for public use. City council terminated a contractor for substandard work.

Every project he touched has problems including the new extension of Nile Valley Road, the hospital parking lot, Hardeman Park, even the walking track at the high school.

The sad part is that local taxpayers are stuck with the bill to repair these problems which will cost millions while the contractor walks away.

At Thursday’s city council meeting after my public comments one council member said we should move forward, “we know we’ve made mistakes.”

The truth is that older council members knew that Nile Valley was built wrong before it opened, but sat by while millions of our tax dollars were wasted even when they were told the repairs would not fix the problem and they were wasting money.

If these members of council were employed in the public sector and allowed this kind of money to be wasted they would be fired or arrested.

Next May we can fire two of them even though at this point they do not deserve to sit on council and should resign. I have been looking into filing a petition for removal with the D.A. I am also looking at several other charges that can be filed.

We the citizens of Bay City will move forward but not with leaders we can’t trust that have misinformed the public for years.

We have new faces in our city government and it’s time for more we need leaders that want to improve Bay City for everyone not just a few special interest or for personal benefits.

I urge people to become involved in what our local government does, remember this is our town and it operates using our money.

The comeback's on track. Real time results from nationals are here. More nationals info - including video - is here. 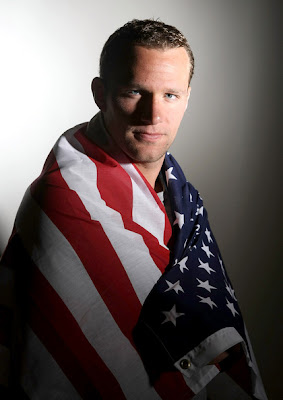