One thing we know for certain is...

...that this isn't going away anytime soon, is it?

One of the best ways to explain the Apendix B, #3 is by using this comment from the What was the call? post on the Highland Park relay DQ:

Anonymous said...
According to the official meet results, swimmer #3 left -0.05 early, as recorded by the automatic take off system. That means that the two deck officials weren't even consulted. The way the rules are written in high school, not only is there no backup for the system, but the officials can't be asked to confirm or deny it's validity.

It's not that an officials made a good or bad call. It's that the machine made a "close" call. When it's that close, they must figure we dumb humans should be taken out of the "loop", right?

Well, maybe we dumb humans have played this "game" before - maybe long enough to have a back-up plan. With so many cameras up in the stands and down on the deck, don't you think there's going to be more pics like the ones I've been sent?

Fast-forward to next year's state meet.

You've seen how crazy it gets on "Black Friday" when hundreds of shoppers burst through the doors to get a shot at that special sale item, right?

That's nothing compared to the rush we'll see at the Lee and Joe Jamail Texas Swimming Center for next year's state meet. The battle will be for the seats with the best camera angles for relay starts.

Could we see moms and dads camping out Thursday night? Wristbands?

Then again, maybe it will look more like a line for concert tickets: 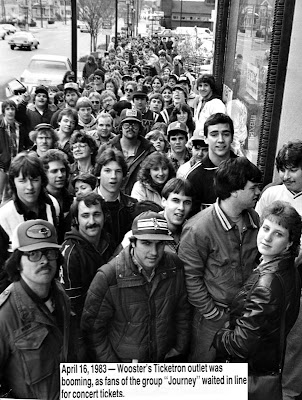 So now we understand the rule for when the equipment works. Is there a rule if the equipment malfunctions (e.g. missing splits and NRTs)? Does the manufacturer guarantee/warrant/suggest what percent of RTOs will be NRTs?

To complicated for simple call...Remember the Detriot pitcher who lost the "No Hitter" on a bad call? He had to just "suck it up" had move on.

An umpire's tears and admission he blew a call failed to move baseball commissioner Bud Selig to award Armando Galarraga the perfect game he pitched. The play and its aftermath quickly became the talk of the sports world and beyond, even to the White House.

A baseball official familiar with the decision confirmed to The Associated Press that the call was not being reversed. The person spoke on condition of anonymity because that element was not included in Selig's statement.

Joyce said he erred on what would've been the final out in Detroit, when he called Cleveland's Jason Donald safe at first base. The umpire personally apologized to Galarraga and hugged him after the Tigers' 3-0 win, then took the field at Comerica Park on Thursday in tears

Good morning... The issue with "sucking it up" in this case is that the meet referee nor has anyone at UIL indicated an error occurred, nor have they indicated that the rule should change. The Detroit pitcher didn't get the call reversed because there was no provision for that - in this case the meet referee does have the ability to do that and in addition, even if he doesn't, he could and SHOULD recommend a change to the rule. I think most people are looking for just that.

Big difference between the Detroit call and this one - the Detroit call was a human error/judgement call. If Mr. Selig had overturned it, he would have opened a huge can of worms for every game, every call. In this case, the pads and lid malfunctioned - there isn't a question about that - this is not a case of second guessing a human call but of righting a computer error. Also - in general, folks really just want the rule changed and in the Detroit case - due to all of the publicity, the rules were reviewed (don't follow baseball enough to know if it was changed)...

I don't think anyone is advocating the the HP girls or the SOCA girls (or Woodlands or Plano or Seven Lakes etcetc) sit back and hold their breathe waiting for this to be overturned. Life lesson learned - sometimes grownups make bad mistakes and refuse to change them. BUT I believe most are advocating a change to the rules that, if just swept under the rug, will NEVER happen.

Could someone direct me to the statement by DAKTRONICS indicating that the HP or Southlake pictures were photoshopped?