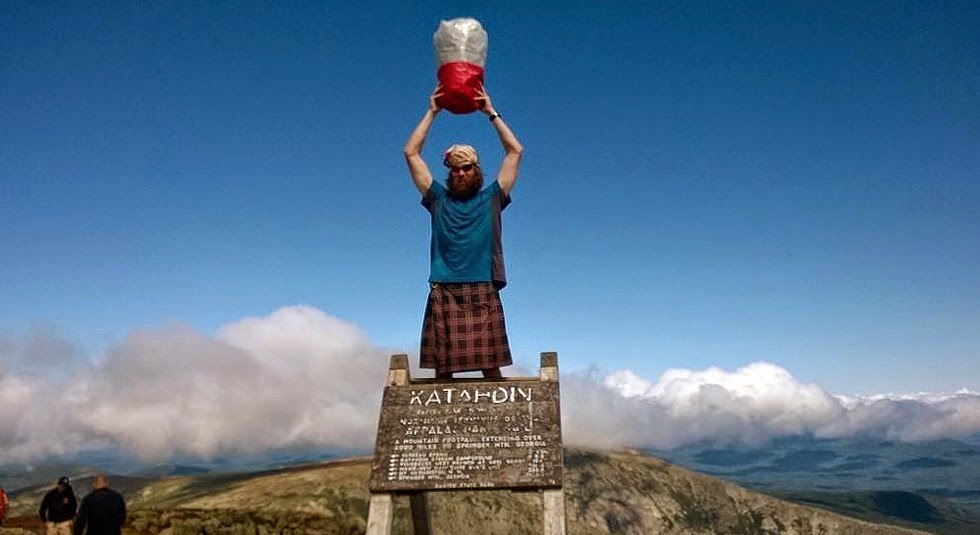 He said the best moment then was "watching spring happen" as he traveled north, including the gradual emergence of a green tunnel of foliage through which they hiked.

Thanks for the head's up, Big Weights!
Posted by Button at 3:54 PM

Email ThisBlogThis!Share to TwitterShare to FacebookShare to Pinterest
Labels: AT

Ticks in the beard. Bummer.

Unless it was really just tics. Then some wine should help.

very slow going early and late due to terrain. bigger mile days are in middle. hoping for five months, but allowing for six. plenty of prep to do before.